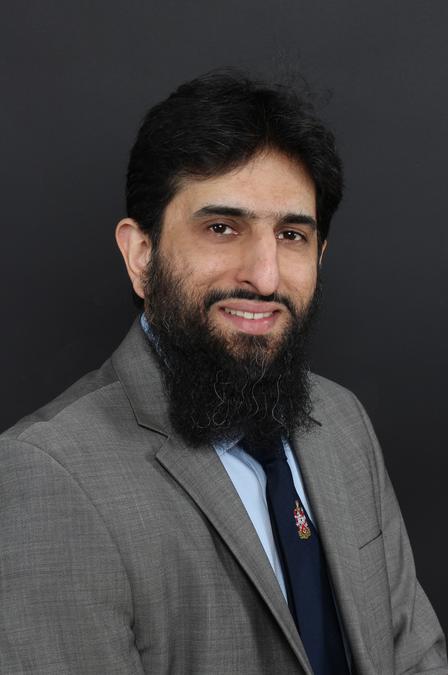 Mr Mohammed Abdus-Samee is a Consultant Orthopaedic Surgeon with a subspecialist interest in Shoulder and Upper Limb surgery.

He was born and raised in London and his secondary education was at Alleyn's School in Dulwich and Croydon College. His medical degree and intercalated BSc Honours were completed at Imperial College London. He decided upon a surgical career very early on and completed laboratory and patient based research projects during his BSc working at the Academic Surgical Unit at St. Mary's Hospital. After qualifying and completing house jobs in London he went on to complete his basic surgical training at Broomfield Hospital in Chelmsford. He then spent time as a senior house officer and also a registrar at the Royal National Orthopaedic Hospital (RNOH) in Stanmore after passing his surgical membership exams.

After successfully completing the intercollegiate examination in Trauma & Orthopaedics and being admitted as a Fellow of the Royal College of Surgeons, he went on to complete fellowship training in Sports & Arthroscopic Surgery in Stoke on Trent. Further fellowship training in shoulder and elbow surgery was completed in Bristol.

Mr Abdus-Samee further developed expertise and knowledge in his chosen field of shoulder and upper limb surgery by attending a wide range of courses and further training within Europe and North America.

Mr Abdus-Samee is a Shoulder & Upper Limb Consultant at University Hospital Lewisham in London (since 2012), part of Lewisham & Greenwich NHS Trust (LGT). His NHS commitment includes both elective and emergency surgery and he takes a significant number of referrals for Sports Injuries as well as complex and revision surgery both from local GPs and colleagues.

A list of the common surgical interventions offered by Mr Abdus-Samee is included under 'Services'. While at Lewisham, he has been nominated for Staff Awards for Safety as well as patient appreciation. He has held the positions of Clinical Director of Trauma & Orthopaedics at LGT (having previously been the Governance Lead).

Mr Abdus-Samee is a Honorary Senior Clinical Lecturer at King's College London. He is a keen teacher and currently supervises both senior and junior surgical trainees. He examines medical students at King's College and also helps out by examining FRCS(Orth) candidates at local courses as well as being an active qualified ATLS instructor. .